Jobs for Nature: Growing conservation leaders on the West Coast 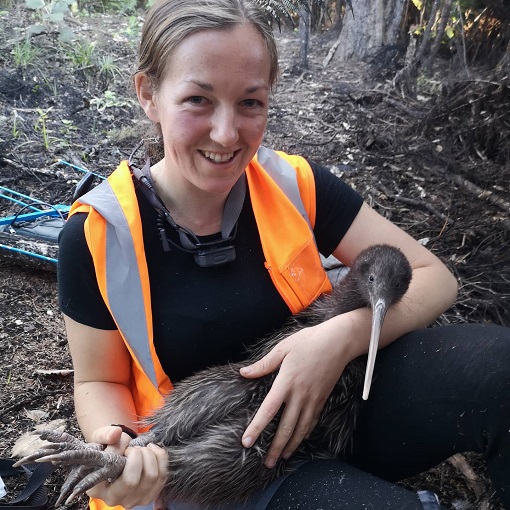 After studying zoology at the University of Waikato then doing a year-long internship with the Department of Conservation’s rowi kiwi team in Franz Josef, she was hooked.

From there, Kristy landed a job with the DOC team on Stewart Island, then headed to the Hawkes Bay where she worked in a kiwi crèche.

Since November 2020, the 27-year-old has been the kiwi ranger at Paparoa Wildlife Trust. Located near Greymouth on the West Coast, Paparoa Wildlife Trust crèches roroa/great spotted kiwi and undertakes a significant amount of predator control on public conservation land including the Roaring Meg Ecological Area.

“Ever since that first role working alongside the rowi team, I’ve just loved learning about kiwi and other native birds in the forest,” says Kristy. “I love that my role at Paparoa Wildlife Trust is making a real difference to the future of roroa.”

While she was working on Stewart Island, Kristy met her now-partner George Nicholas who was working for DOC at the same time. While studying English at Otago University, George took some time out, joined the Dunedin conservation corp, and “ended up in conservation”.

12 years on, George is still just as passionate about his work as he was when he first left university. He’s worked on contracts all over New Zealand, like the Hauraki Gulf, Waikato, and the South Island. Now, George works alongside Kristy at Paparoa Wildlife Trust as a predator control contractor.

“It’s really rewarding knowing that my work is a real difference to New Zealand,” George says. “But it can also be pretty challenging working in predator control. Those animals didn’t choose to be here. If you see a stoat in the wild, it’s actually a beautiful creature. But here in New Zealand, stoats and kiwi just can’t live alongside each other.”

Eradicating stoats and other predators from the forest isn’t as easy as setting a couple of traps and hoping for the best.

“I think too many people underestimate stoats,” says George. “These animals don’t want to get caught. They’re out there in their natural environment doing their thing. They’re smart; they’re evasive. If you want to catch a stoat, you have to think like a stoat. You have to outsmart them by deploying your tools effectively. An effectively set trap is a beautiful thing. If you look after your predator control implementation, it can do really great things.”

No two days are the same for kiwi ranger Kristy, who can be doing anything from monitoring birds and picking up eggs in locations that might be dangerous for kiwi, to looking after chicks in the crèche and managing kiwi avoidance training for local dog owners.

“We live in a small village that’s right on the fringe of the forest and surrounded by bush, so we literally have kiwi on our back doorstep,” she says. “Here at the Trust, we spend a lot of time teaching locals how to live with kiwi, particularly around managing their dogs. We run an open day every year too which is a great way to draw in more of the community and for them to understand more about what we do.”

Both Kristy and Geroge’s roles at Paparoa Wildlife Trust are funded through Save the Kiwi by Jobs for Nature. The range of work that conservation entails puts them and other conservationists in high stead for future employment opportunities, both nationally and offshore.

Jobs for Nature has also created many jobs for Greymouth locals who have been out of work for the best part of two years.

“I know a lot of people who were working in tourism but are now doing conservation while they wait for the borders to reopen and for tourists to return to the region,” says Kristy. “Even if they don’t work in conservation forever, they can come in, gain awareness and skills, and use them in different ways in the future. When tourism starts up again and these people return to their guiding jobs and the like, they can tell our national and international visitors about the unique beauty that the West Coast has, and how important it is for all of us to work together to restore it.”

Kristy says Jobs for Nature will safeguard the future of the roroa which has an estimated population of just 14,000.

“95% of kiwi chicks don’t survive in the wild if they’re left to look after themselves. Here at Paparoa Wildlife Trust, Jobs for Nature funding is helping us to expand our trapping network significantly. More predators getting caught equals more safe habitat for the roroa I monitor, which is so encouraging for the future of the roroa. And because Jobs for Nature is creating a lot more work all over New Zealand, it can only be a good thing for conservation.”

Jobs for Nature funding will allow Paparoa Wildlife Trust to create 17 full time equivalents (FTEs), almost doubling the number of contractors they employed before the funding. Across the five years of funding, they will increase the area they protect from 8,000 hectares to approximately 15,000 hectares, with a network of 220 kilometres of traplines and 2,200 traps deployed. All native species in the controlled area will benefit, including roroa/great spotted kiwi, whio, kea, kākā, kakariki, and falcon, as well as vegetative and invertebrate restoration. 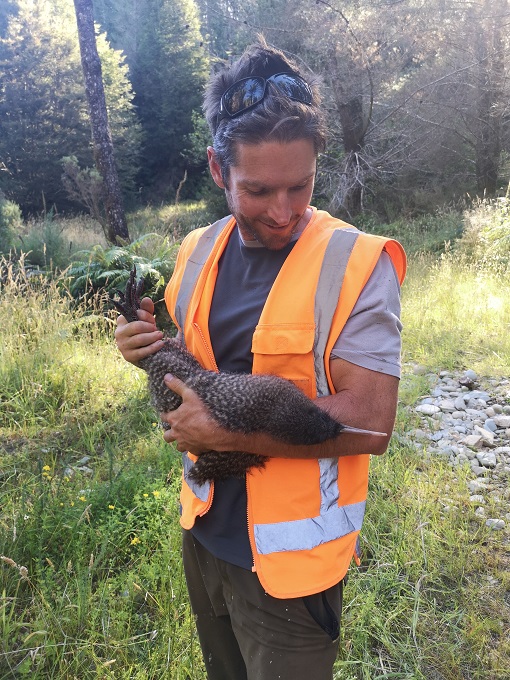 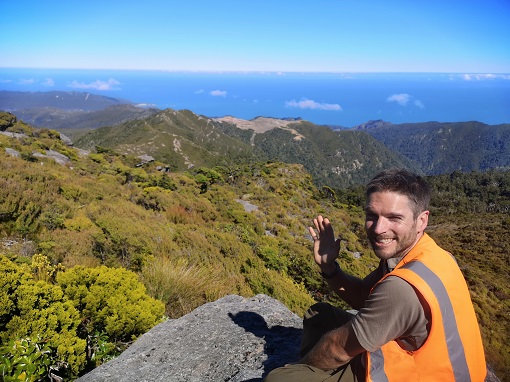 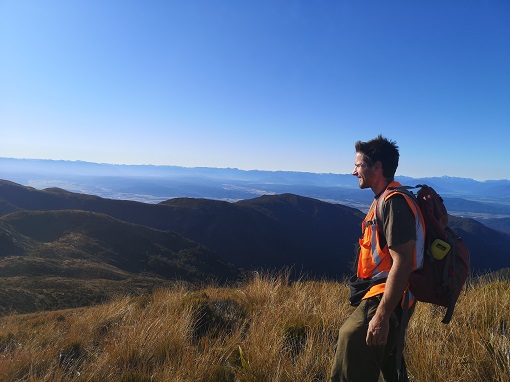 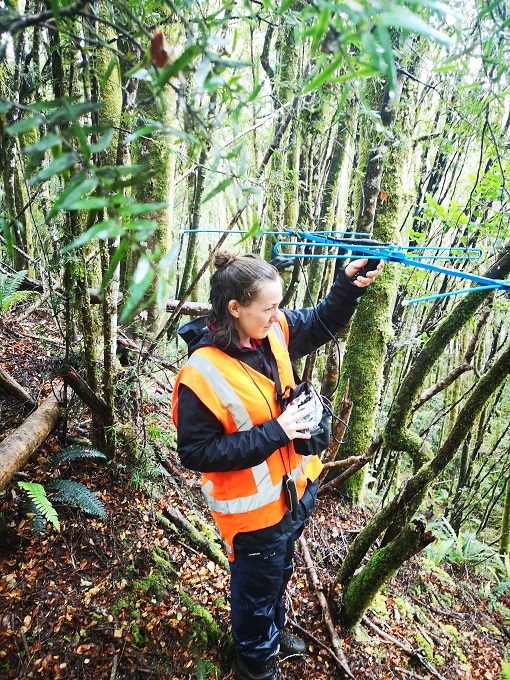