An egg with a difference hatches this Easter 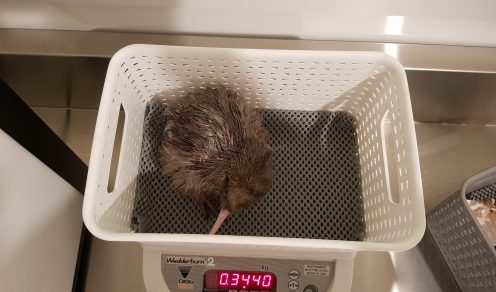 Chocolate bunnies and … kiwi eggs? While you were snacking on hot cross buns this Easter, a special egg has hatched at a kiwi incubation facility just north of Taupō.

On the evening of Good Friday, the 100th kiwi of the 2020/21 season hatched at the Crombie Lockwood Kiwi Burrow. The chick weighed in at a healthy 344g and will be named by Ngāti Maru in Taranaki which is where the egg was found in the wild.

Crombie Lockwood Kiwi Burrow husbandry manager Helen McCormick says the team has worked hard all season, with the number of kiwi eggs and chicks to care for.

“This season has been huge, and we’re so happy to welcome the 100th kiwi of the season to the Burrow whānau,” Mrs McCormick says.

“The anticipation of the 100th hatch has been building over the last month – will we reach it, won’t we reach it – so the fact that we reached this significant milestone at Easter is an extra special touch to this achievement.”

Officially opened in late 2019, the Crombie Lockwood Kiwi Burrow is located within the grounds of the Wairakei Golf + Sanctuary. The facility is part of Kiwis for kiwi’s Operation Nest Egg (ONE) kōhanga strategy, where eggs are lifted from the wild and transported to the Burrow and other incubation facilities. Kiwi chicks hatch and are raised to around four weeks of age before being released into predator-free kōhanga kiwi sites.

Kiwis for kiwi executive director Michelle Impey says cracking the elusive 100 in one season is a momentous milestone that makes the work of multiple parties and partners worth it. 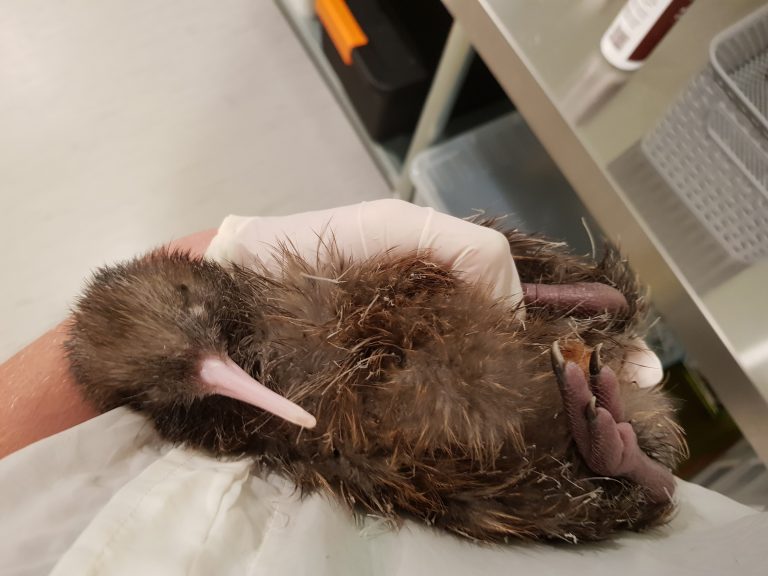 “The Burrow team has the privilege of holding each of the chicks that hatches in the facility, but we couldn’t do any of this without the support of the multiple projects, partners and sponsors that support our work,” says Ms Impey.

“Kiwi conservation and the work that occurs at the Burrow relies on a truly collaborative approach between many people and organisations, and we’re privileged that so many people support the mahi that we and the projects we support put into this important cause.”

Carl O’Shea, the CEO of Crombie Lockwood, the principal sponsor of the Kiwi Burrow, says it’s exciting to play such an important part in the future of kiwi conservation.

“When Crombie Lockwood decided to partner with Kiwis for kiwi, we were excited to see what our support could do for the future of the kiwi,” says Mr O’Shea.

“Less than two years into the Kiwi Burrow journey, we are very proud to directly contribute to the future of Aotearoa’s national icon.”

As for the newest chick to hatch at the Burrow, his (or her – no one will know until genetic testing is carried out) immediate future revolves around eating and putting on weight. In about a month, the chick will join the founder population of kiwi at the predator-free Sanctuary Mountain Maungatautari. Eventually they’ll find a mate and start breeding, and in the future their offspring will be uplifted from Maungatautari and released into safe spaces to create new or boost existing kiwi populations.

But right now, it’s having a nap and getting used to being out in the big wide world.